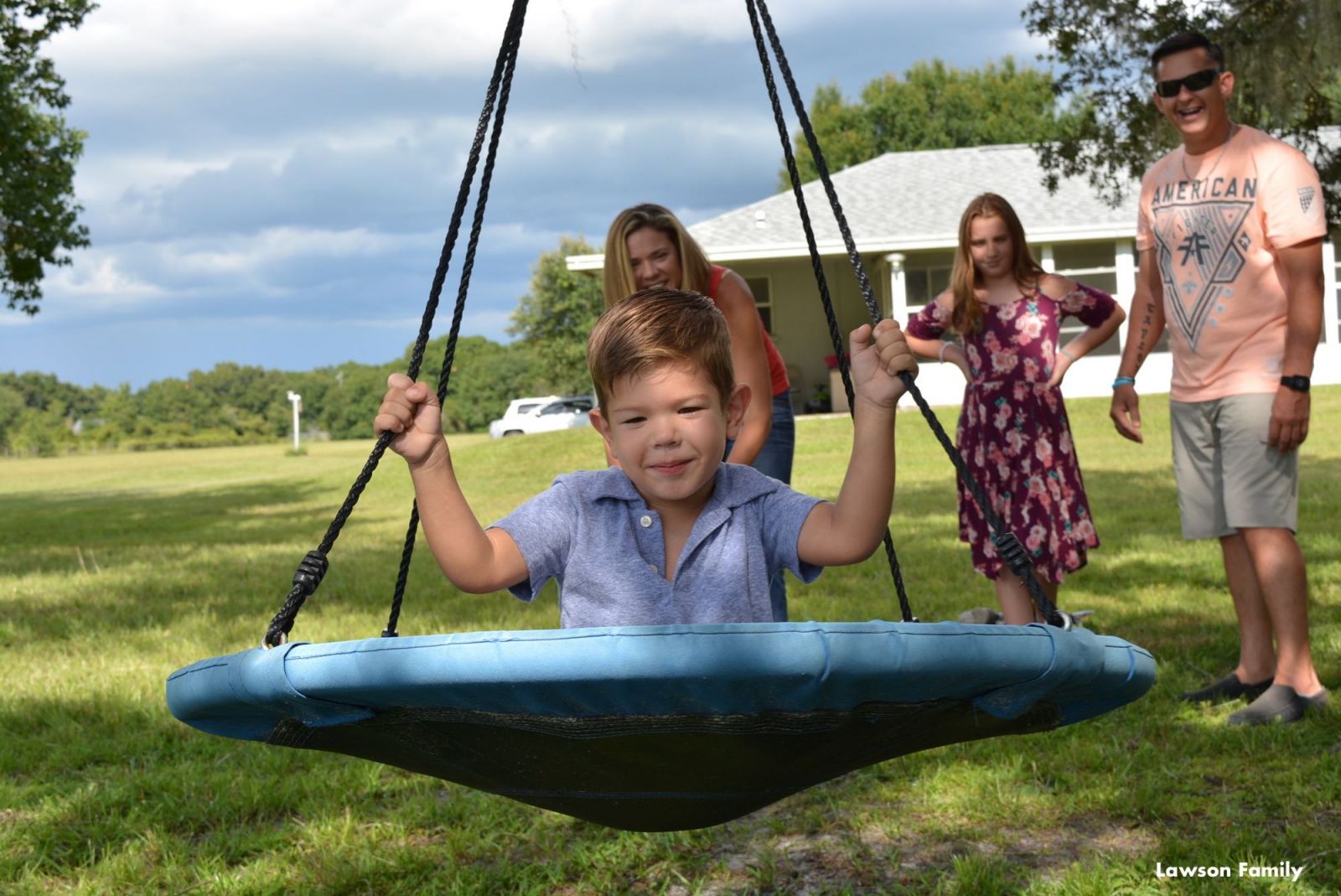 It didn’t take much urging for 3-year-old Colton Lawson to transform into a superhero. His 10-year-old sister, Taylor Lawson, challenged him to a race at their Myakka City home, and Colton jumped off the couch. “I’m going to run like Flash,” he shouted. In moments, however, he had lost traction on the hardwood floor and was sliding on his belly, his arms splayed apart.

Chris Lawson and April Costello have formed Limb-Laugh-Love of Florida Inc., a nonprofit dedicated to helping families with children 18 and younger who are victims of any type of traumatic limb loss. Limb-Laugh-Love received its first $1,500 grant from the Sisterhood for Good Giving Circle in Lakewood Ranch in June. A website should be completed soon.

“Your legs still a little slippery?” his father, Chris Lawson, asked. Colton nodded. Chris Lawson grabbed a towel and patted his son’s legs, which had been amputated more than a year earlier from below the knees. Before Colton had been challenged to a race, he had been on a swing outside, and the sweat from his prosthetic legs was still lingering.

When he resumed his race against his sister, Colton was a whirlwind. Although he must use prosthetics, Colton is an active boy who loves to run and play, do flips on the bed and idolize superheroes.

It was June 14, 2018, when Colton’s legs were amputated below the knees following a mowing accident. Colton, then 2, was buckled in the tractor seat next to his father, Chris Lawson, as they pulled a Bush Hog mower on their 28-acre property. Colton’s mom, April Costello, had just arrived home and was unloading groceries from her car when she heard her son screaming.

Chris Lawson was lowering his son toward the ground, so he could run to his mother, but as he grasped his son’s hands, his foot slipped off the clutch. The tractor lunged forward and dragged Colton under the tire and then the mower.

Colton was flown to Tampa General Hospital, where he had six surgeries. Colton Lawson, 3, loves the swing in his backyard. He prefers to ride it without his prosthetic legs. His parents, April Costello and Chris Lawson, and sister, Taylor Lawson, watch Colton swing with glee.

More than a year later, Colton stays as active as any 3-year-old. “That is one of the biggest saving graces,” April Costello said of her son’s high energy level. “It makes it much easier for Chris and I to move on from that tragedy when we see how he thrives. Doctors said he won’t remember having real legs.” He’s already on his third pair of carbon-fiber sockets because he’s growing so fast.

Chris Lawson said he still envisions the accident each day, and it’s especially hard when he mounts the tractor and gets ready to mow the yard. He has mostly dealt with his grief and the guilt, finally getting past the question of, “What could I have done differently?” The consequence has been hard to accept.

“It’s still not OK,” Chris Lawson said, shaking his head. “It will never be OK. But I’m a positive person. We try to stay positive.”

The parents, who in October formed the nonprofit Limb-Laugh-Love of Florida Inc. to help families with children 18 and younger who are victims of any type of traumatic limb loss, simply make adjustments as needed. When they went on summer hiking trip in Indiana, they spent more time carrying Colton than they had anticipated, but they had fun doing it.

Colton has his moments of frustration, like when he can’t keep up, but he’s adjusting. Outside the house, Colton had taken off his prosthetics to go as high as possible on a swing hanging from a large oak tree. As the parents watched, it was obvious they all would be OK. How far does Colton want to swing? He was quick to answer, “To the clouds!”